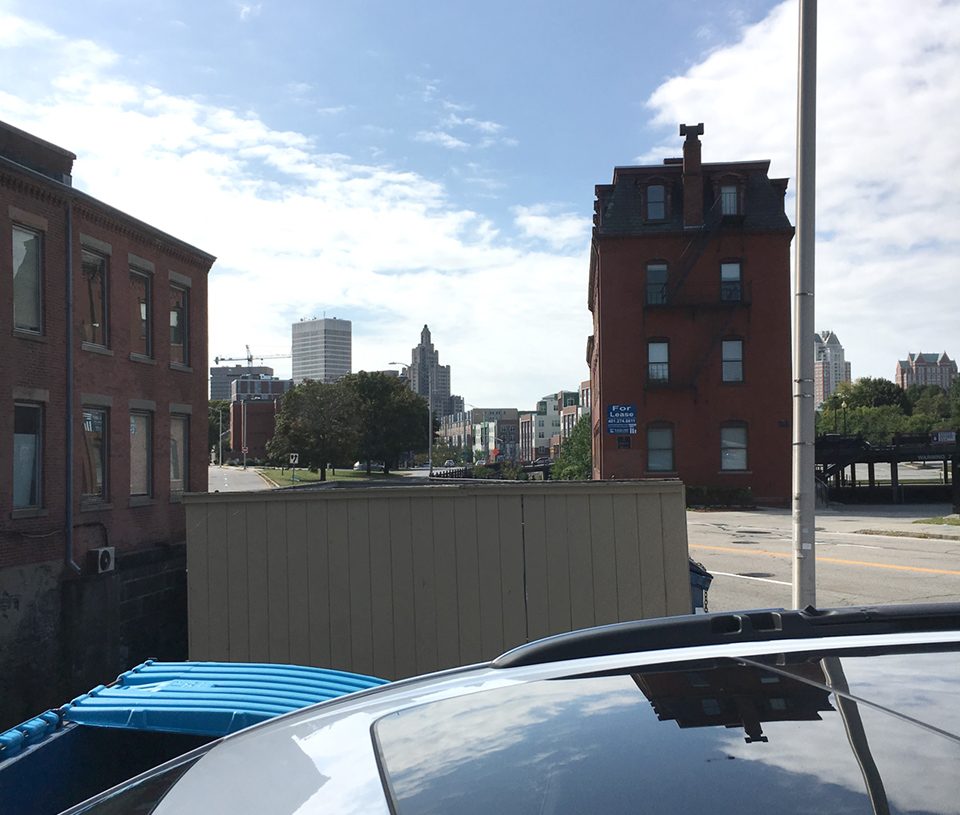 I lost my job in July. But that’s not what I’m here to talk about. When I lost my job, it allowed me to take some time off, giving me a chance to spend time with one of my oldest friends (as in how long I’ve known her).  She was also off of work because she was going back to school to get her Master’s Degree at Rhode Island School of Design in Providence. Turns out she would be driving up and needed someone to go with her. Since I had nothing better to do, I offered to be her partner in this extra long road trip, from East Tennessee to Rhode Island.  We loaded up and headed out. It was Rhode Island or Bust.

I’m ready for take off

The van is packed

We headed East from Knoxville up I-81. We would be overnighting in Richmond, VA with E’s brother and his girlfriend. The only hiccup was our inability to find a Waffle House when it was time for lunch. We opted for Cracker Barrel instead. Perfectly fine, but it’s no Waffle House. Almost there, we decided we looked like we’d been driving for 7 hours and smelled like it too. So, we stopped at a rest area and cleaned up a bit and changed our clothes. We were once again the ravishing goddesses we were when we started out. Once in Richmond, we met up with E’s brother and girlfriend at this great oriental restaurant, Beijing. The food and service were excellent for a busy Friday night.They are a lovely couple and so kind to let us stay in their place. We spent the night at their house and went to a local diner, City Diner,  for breakfast. A great way to start the day!

It was a Friday, so the special was fried fish. I got breakfast.

She’s so happy to be starting a new chapter!

Through the Big City and then some

Back on the road, we made our way up through the New England states and toll road mecca. Tolls are a huge PIA, in case you didn’t know. There has to be a better way. Someone out there, please come up with a better way! The roads were terrible too, so it’s not like the $40 we paid in tolls were going for great roads or anything. Rant over.

I was most nervous about driving through New York City. While, we wouldn’t be on the city streets, I knew it would still be a bit crazy and stressful. Guess what! It was! There were so many odd on ramps and off ramps, stay left, go right, stay left, cross 4 lanes and go right. It was a bit nuts. But we made it through without incident. We took a wrong turn somewhere after NYC and ended up taking the scenic route through Connecticut. I’m glad we did. It was beautiful and I will definitely be going back there.

Once in Providence, Rhode Island, we found our Airbnb,  a big sprawling home divided up into apartments. We were exhausted, but also starving. We went out in search of food. Apparently, Providence strongly discourages late night shenanigans because almost all of the nearby restaurants closed at 9pm. Yes, even on Saturday. It was close to 8:30, so we were limited on options. We decided (decided for us because not much else in the area), on Andreas, a greek restaurant.  We started with the Mussels and they were yummy. I quite frankly don’t remember what else we had because we were half asleep already. Back at the Airbnb, I showered and promptly went to sleep.

Moving In and Heading Out

We started out early, so we could have breakfast then get the van unloaded and me on a train to NYC.  We unpacked the van on to the sidewalk because we had to get the vehicle quickly moved. Finally we got everything into her apartment and she dropped me at the Amtrak station.

A quick view of Providence

We went our separate ways. She, off to a completely new and different life. Me, to a solo vacation in NYC and a new life waiting for me at home. I am thankful that we were able to spend this time together and support one another when we needed it the most!

I am proud of both of us for being brave women!

10 thoughts on “Rhode Island or Bust”