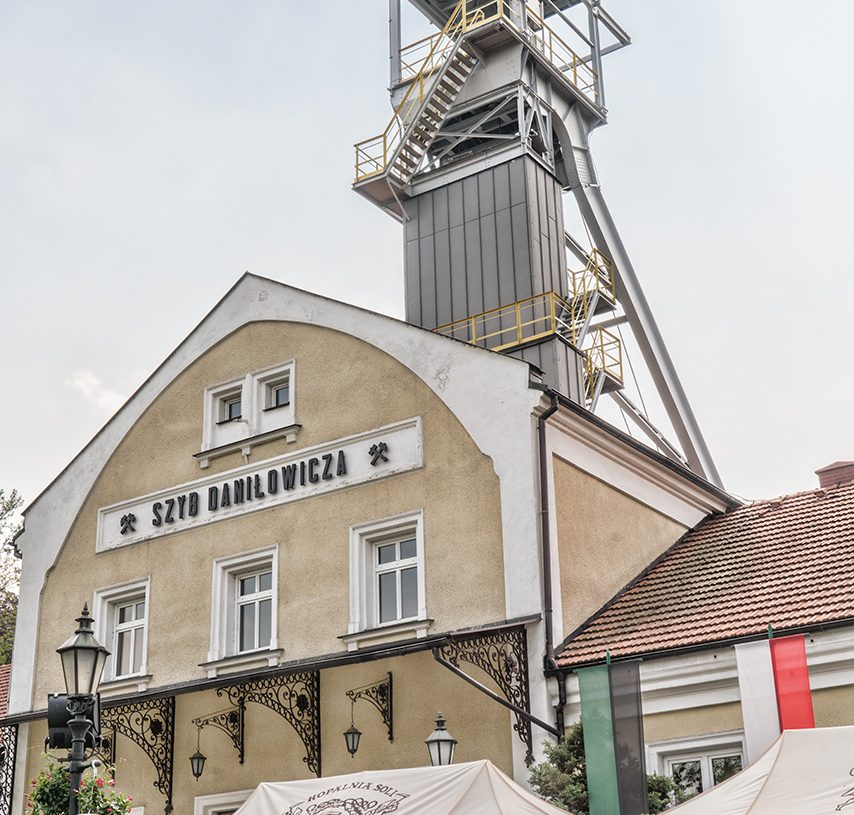 The weekly photo challenge is transformation. While the original blog discusses weather and seasonal transformations, I decided to go in a different direction.

The entrance to the Wieliczka Salt Mine in Wieliczka, Poland. The mine opened in the 13th Century and worked continuously through 2007. It is now a tourist attraction where one walk down to 210 ft below ground on a very narrow stairwell.

When we were in Krakow, Poland, we visited the Wieliczka Salt Mines. The mines have been continuously active from the 13th century until 2007. I briefly discussed our trip to the mines in my Krakow post.  Here you can see some more of the mines and why it’s worth going down 400 stairs to get there.

A lake inside the mine.

A tunnel lined with salt licks for made for farm animals

A salt statue of Nicolaus Copernicus inside the mines.

The majority of the tunnels were lined with wood, but once in a while we would pass an area where we could see the salt seeping from the walls, creating a marble effect. Once in the mine, we started seeing sculptures and scenes carved from the salt by the miners themselves.

The walls in the tunnels are covered with salt, creating a marble look.

Once large scene, carved in the 17th century, depicts the Princess of Kinga. Princess Kinga was reluctantly engaged to Bolesław V. The legend is that she flung her engagement ring into the Maramures salt mine in Hungary. From there, the ring made its way to Wieliczka, Poland where it was discovered in a lump of salt. Thus bringing salt mining to Wieliczka.

The Janowice Chamber is a large sculpture dedicated to Kinga

Throughout the mines, there are scenes like this, just as old. But the most amazing is the Chapel of St. Kinga. It is a testament to the miners’ dedication to their Christian beliefs and acts as a working cathedral. They hold weekly Holy Services, sermons, weddings, etc in the large hall.

The Chapel of St. Kinga still acts as a chapel where masses and other Holy Services are still held.

A Jesus statue inside the St. Kinga Chapel in the mine.

An altar in the Chapel of St. Kinga. The amazing detail in the sculptures is awe inspiring.

A manger scene inside the Chapel of St. Kinga

The mine is on Poland’s official National Historic Monuments registry. It is also a Unesco World Heritage site.  There are different routes you can take through the mines. There is a tourist route, a miner’s route, and a Pilgrim’s route. The Pilgrim’s route includes prayers in each chapel and a mass at the end of the tour.

Chapel Salt Mine. A chapel inside the Wieliczka Salt Mines in Krakow, Poland.

Something Different on Sunday