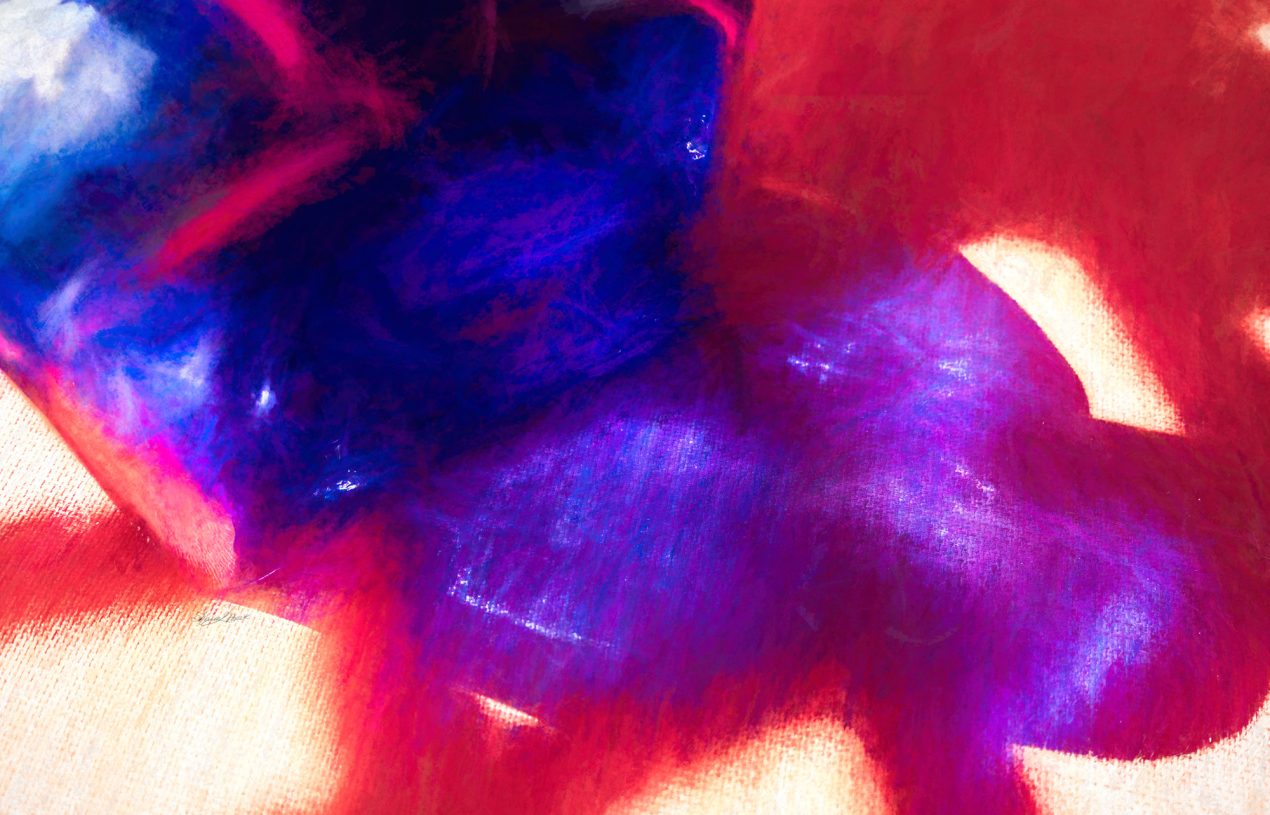 As part of the official Challenge Addicts Club on Fine Art America, I have been participating in a new challenge every week. Last week it a six day challenge in which the theme was blue. If you’ll recall, I used my blue bowl for the green challenge. I didn’t want to use the same bowl again. I briefly considered finding something green and changing it to blue, but that felt like more work than necessary. I have lots of blue things in my house anyway. I have a nice blue teapot, blue clothes, blue dishes, then I remembered that I have a blue Blenko bottle.

Blenko Glass Company is a family owned business since 1893. It has been at its current location in Milton, WV since 1921. Blenko glass still creates hand-blown glass products of all types, from these bottles to suncatchers and more.

This bottle was up on a high shelf and had not been touched or looked at for awhile, so it needed a good soak. I thought it looked kind of cool in the suds, so I shot it with available window light. I finished it using a Topaz Chalk Smudge filter.

I didn’t really have the time to set up an actual pour, so I thought I’d run water through the bottle and have the water pouring over. I finished this image with a Topaz Chalk Smudge filter for consistency.

Bottle in the Window

This image is a simple image of the bottle sitting int he window. I wanted the squareness of the window frames against the organic, rounded shapes of the bottle. Also finished with the Chalk Smudge filter.

I had been hoping for some rain to show the bottle with some water running over. But no such luck, so I decided to show the shape of the bottle from the top. I used a weathered wood background to add texture. I did not use the Chalk Smudge filter on this one because it lost so much texture with it.

I admit that at this point, I was getting frustrated. I really wanted that rain pic and failing that, maybe a nice heavy sun ray through the bottle. But I couldn’t get rain or sunshine. To add a little interest, I placed some wisteria leaves inside. This one is finished with that same Chalk Smudge filter.

The sun finally came out at just the right time and gave me that beautiful light I had been waiting for. I placed it on a red cushion for some extra color and texture. I finished with a slightly different Chalk Smudge filter.

Now I’m just waiting for some rain, so I can get that rain shot I’ve been thinking about!