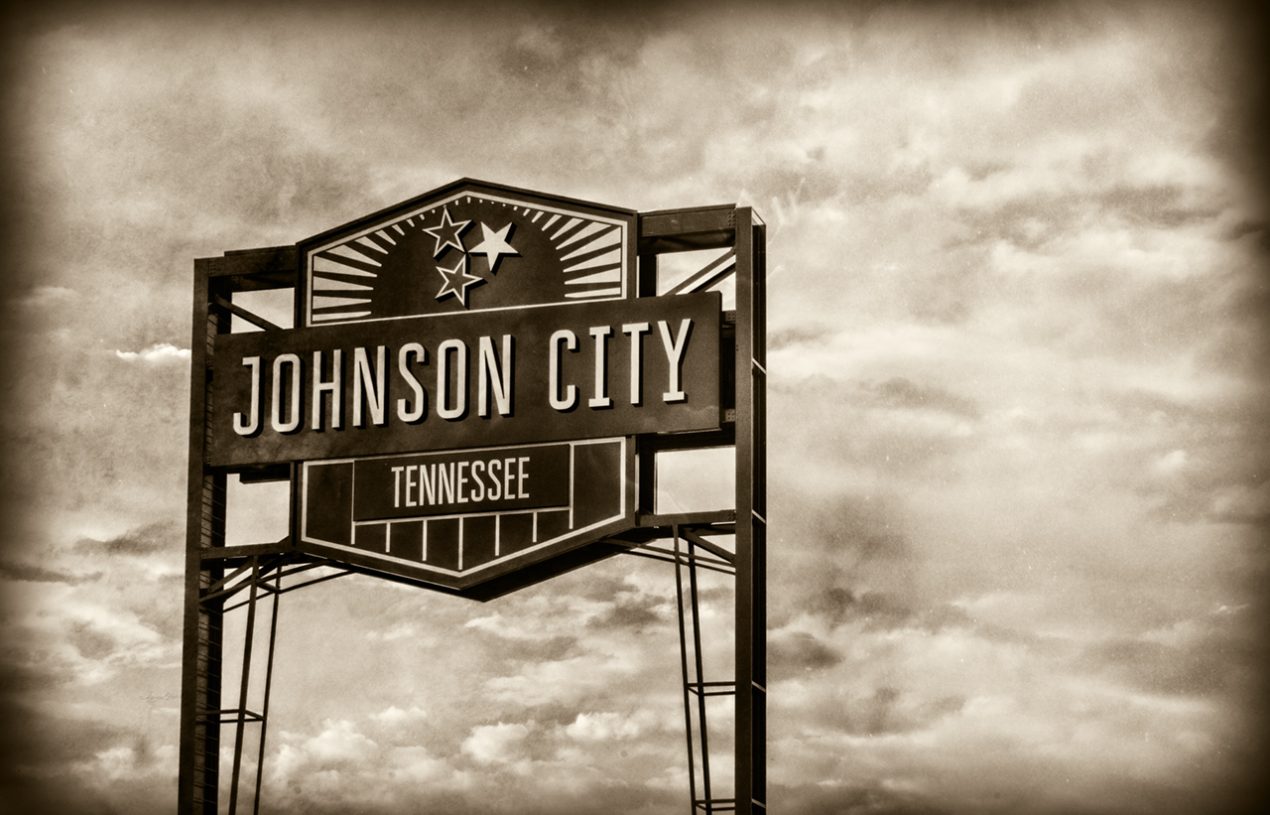 We recently took a quick trip to Johnson City, TN. It has been on our list for awhile because we love Yee-Haw beer.  But we finally had a good reason to go. It was work related, so at least the gas was paid for!

Dinner and a Beer (or two)

The first place we went was, of course, Yee-Haw Brewing Company. They have a great in house bar and they share space with White Duck Taco Shop.  Yay! Beer and food all in one handy place.

The bar at Yee-Haw Brewing in Johnson City, TN

After eating, we decided to walk around downtown a bit and see what else is happening in Johnson City. As it turns out, not much. But it was a Sunday evening. We will try to go back on a Saturday and catch a show or something. Prints are available of the images below – here.

A classic ghost sign on the side of a building in Johnson City, TN

Window reflections and a view inside

Ghost sign on a building in Johnson City, TN

Atomik Comics and Blue Moon Theatre Company side by side

I had a hankering for ice cream but there did not seem to be any ice cream shops. I admit, we didn’t look really hard. We headed back to the White Duck to see what they had for dessert. They had two desserts and both were yummy!

We will definitely go back to Johnson City, Tennessee!

A Weekend in the Bluegrass