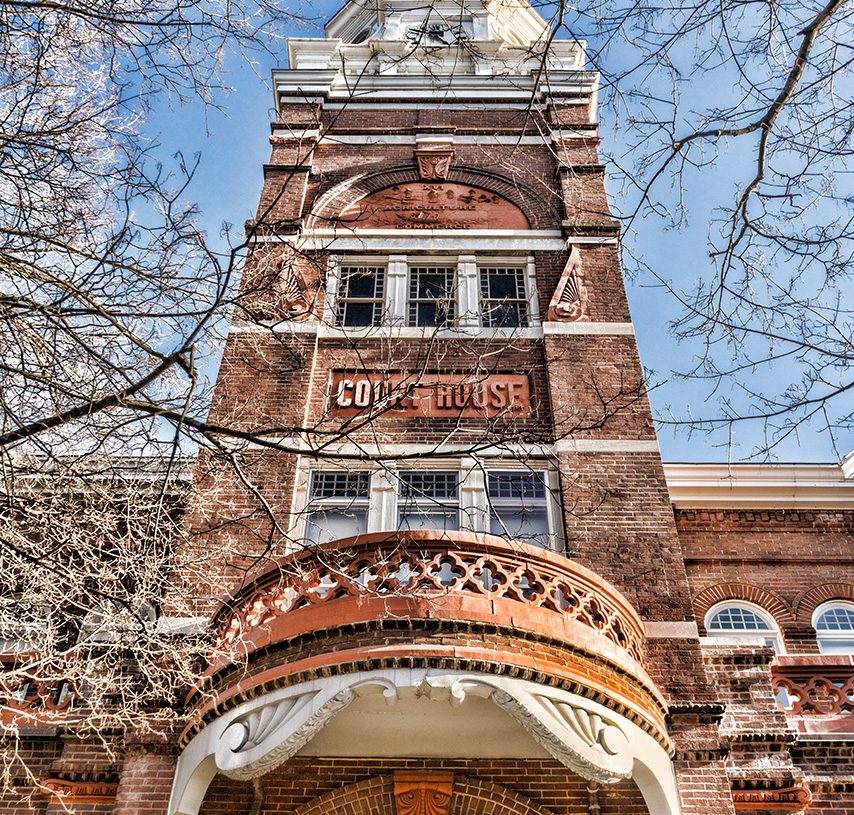 I have traveled around the world and seen some amazing architecture. Courthouses in particular seem to get the special treatment, no matter where you are or how large the town or city. They tend to be the largest, most ornate structure in town, outside of churches or cathedrals. I have found this to be especially true in small American towns. In these small towns, the courthouse is often in the center of town, towering over all other buildings.

Knoxville has the Knox County Courthouse, erected in 1885. The historic courthouse still houses several county departments. However, the majority of the city and county services are in the City-County building, erected in 1979.

Knoxville also has the Howard J. Baker Federal Courthouse.  While originally built for Whittle Communications in the early 1990s, it has all the makings of a proper courthouse. I guess that’s why they made it into one. It has a large central courtyard with a  beautiful clock tower and cupola. It is considered a postmodern version of neo-Georgian architecture.

The quatrefoil patterns on the balcony and porch of the courthouse.

A better view of the front porch and the arches at the entryway.

The clock tower gives the courthouse a colonial element

A man takes a smoke break in the courtyard of the Knox Co. Courthouse.

The Howard J. Baker Federal Courthouse has an arched entry and a beautiful clock tower and cupola.

The historic Loudon County Courthouse is the standard brick with arched windows and doors. Although, it does not have a clock tower or a front porch with columns, as most courthouses do. Construction on this building began in the late nineteenth century.  The Jefferson County Courthouse is located in downtown Dandridge, TN. One of the oldest courthouses in the state of TN, it was erected in 1845. It is constructed in the Greek Revival Style with a tall cupola and large square columns on the front entry. The building is on a large hill, giving it a slightly uneven look.

5 thoughts on “Courthouses of Tennessee”