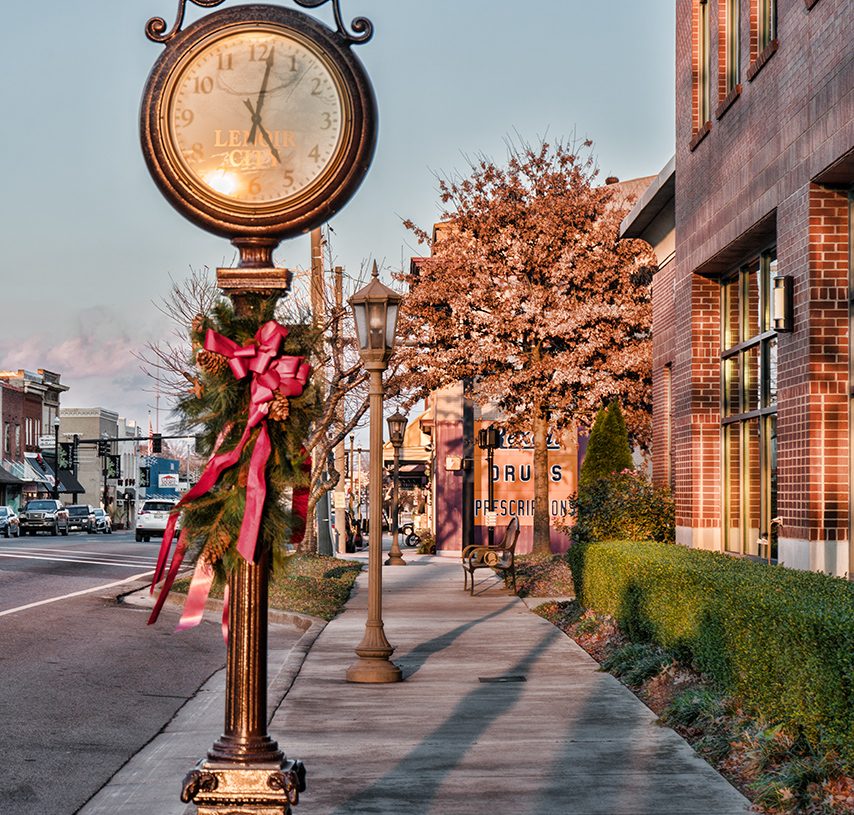 It’s Tuesday! That means it’s time for trekkin’. Last week’s trek was to Lenoir City with a brief drive through downtown Loudon.

After being unable to trek for a couple of weeks, we finally got back on the road. We started out later than usual. We usually get on the road bright and early in the morning. But we had early afternoon appointments, so we had to wait until after that to leave.

Since we were leaving late, we thought we would go somewhere nearby. Lenoir City landed at the top of the list. After our previous attempts at finding a good place to eat, I was feeling a little doubtful that it would ever happen. Today was the day. I found Le Noir Restaurant and thought the menu looked interesting. It’s a Belgian Style Bistro with some southern, comfort dishes added in. They had several Belgian style beers on the shelf. We tried the Abbey Ale from the Brewery Ommegang in Cooperstown, NY. I had a chorizo burger. OMG! It was awesome! I don’t eat a lot of meat or bread, but this sounded great, so I went for it. Totally worth it! My trekkin’ partner had the Sausage with Red Cabbage and potatoes. It was pretty yummy, too! After eating, we walked around downtown a bit. It was cold as hell, so we weren’t interested in doing too much walking. We stopped in the Ugly Mug Coffee Shop for some hot beverages to warm us a bit. The museum in town was not open on Tuesday, so we couldn’t check it out. So, we decided to head back out. We drove through downtown Loudon. We will definitely head back to Loudon after the holidays.

One of the best meals we’ve had on a Tuesday Trek so far.

A warm interior with a little retro feel. The food was great and service perfect!

The sign is still visible from the C.W. Harvey Grocery store in downtown Lenoir City. The ghosts of yesteryear.

The long shadows at sunset and the Christmas bow give this that small town feel.

This sign is modern with a retro feel. It felt a little out of place since it’s so new compared to everything else downtown

The drugstore on the corner. Every small town has one.

This sign with a backlit flag and a little sun flare on the car. It’s what Tuesday Trekkin’ is about.

Do you do a weekly trek? Share your blog below?

A Quick Visit to Salem MA