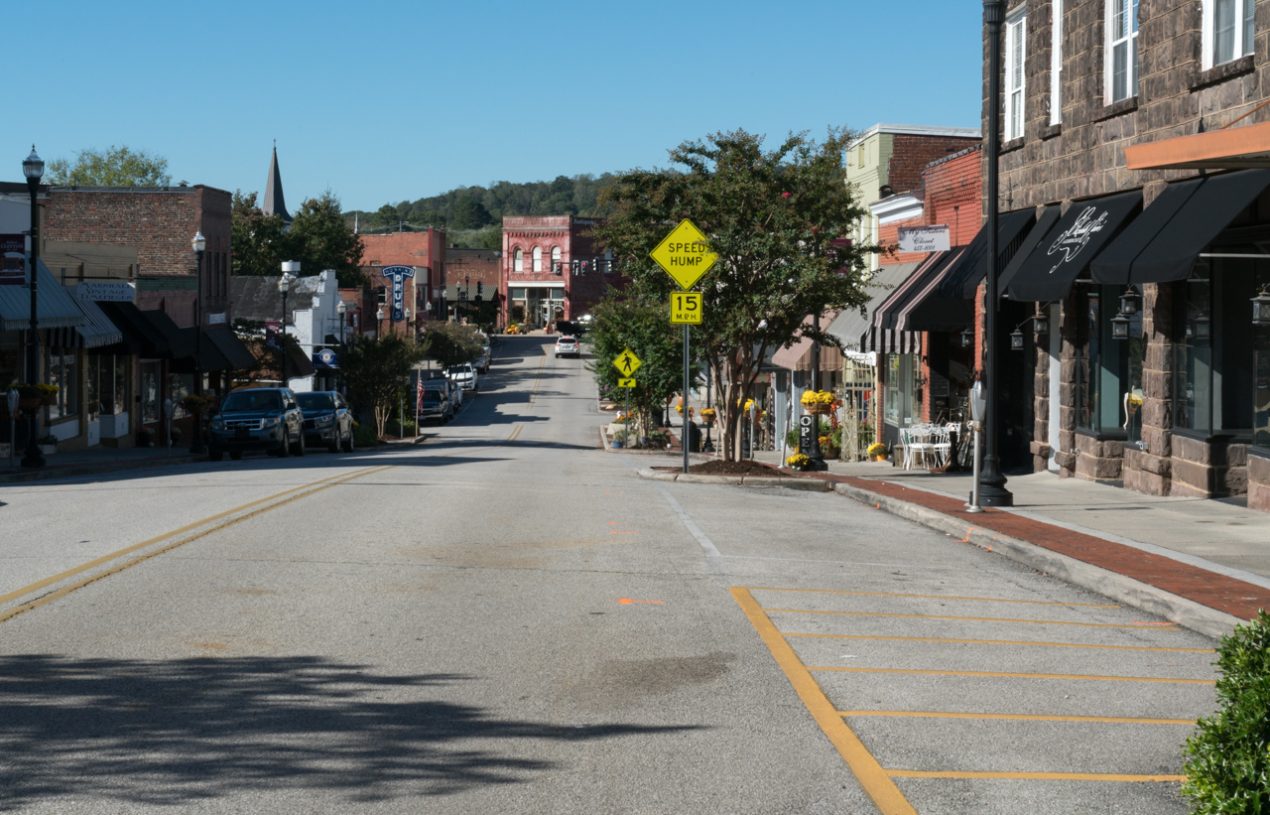 Our first official Tuesday trek is a nearby small town called Clinton, TN. Historic Clinton is home to a hundred thousand antique shops and fifty hundred churches. No, just kidding. But there are a lot of both there. We scoped out breakfast options before going and there weren’t too many options in the downtown area since all the places did not really open until 11am. We settled on Amelia’s Cafe since it was the only one open early and it did say they had breakfast. So, off to Clinton we went.

Amelia’s Cafe is inside the Cadence Craft and Trade Emporium. They had some cool stuff and very decent prices. Unfortunately, we are broke and have no where to put anything in our house, so we did not buy anything. There was no one at the cafe counter. We walked around for a few minutes and I spotted someone upstairs. I went up and asked if there was anyone working the cafe and if they had breakfast. Turns out the guy who runs the cafe was also helping someone find a part in another universe or possibly just another part of the store. But the guy I found was willing to help us. He told us he could make us bacon and eggs with toast. Perfect.

A few minutes later, he said, “I have bad news about the eggs.”

“Oh?” I asked, Walt was walking around looking at the goodies in the store.

“It seems they’ve all been boiled for making potato salad later,” he said, “but I can make you BLTs?”

“With cheese?” Because all I really want out of life is cheese.

“Of course,” he answered.

One of the best BLT with cheese that I have ever had. The bread was fresh and the tomatoes were perfect. He made me a latte and it was primo. We had to wait for the other guy to reappear before we could pay. But no worries, it was great!

There is a moral to this story. When you travel, whether it is across the world or just down the road, be patient, be open, and ready to compromise.

Interior of Cadence Craft and Trade

After Amelia’s we walked around town for a bit so I could take pictures of this great, little picturesque town. We decided to drive around a little and see if there was anything else we might want to investigate. We found the Green McAdoo Cultural Center. This is a museum dedicated to the Clinton 12. The first 12 black students to attend Clinton High School in 1956, after it was desegregated by court order. Look for a blog about this awesome place soon!