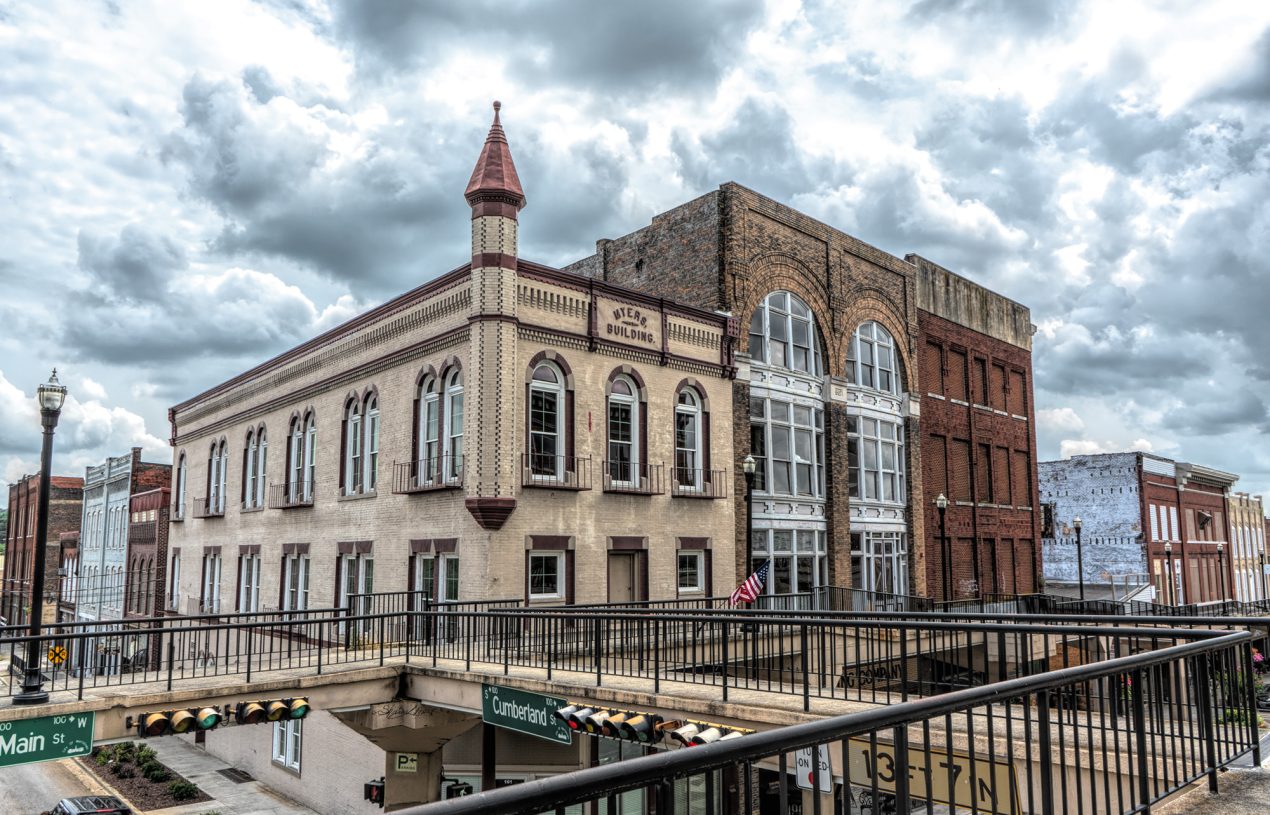 It’s not a secret that I am a lover of all things beer. As such, I like to visit new and different breweries to try new beers. In 2019, I saw that a new brewery would be opening in Morristown. Morristown is about 45 minutes from our house. The new place went on my list of to visits. Of course, visiting in 2020 was not an option. So, we finally managed to get over there and check out downtown Morristown and the 1907 Brewing Company.

In 1855, Morristown became Incorporated. Many of the buildings downtown are from this time frame. But you will notice in these pics, a raised walkway. In 1962, a nearby creek flooded and did a great deal of damage to the downtown. In addition to the flooding, more modern shopping malls were being built outside of town. In order to revitalize and update, the town decided to build an overhead sidewalk. This would allow for a second story for additional shops and cafes and protect the sidewalk below. This additional sidewalk has several crossings as well, so no need to dodge traffic.

The Hamblen County Courthouse in downtown Morristown was designed by A.C. Bruce and finished in 1874. The architecture is a mix of Second Empire and Italianate. The building has a light green hue, a first for me. There is also a veteran’s memorial in the front of the building.

The Rose Center Museum was built in 1892 as the Rose School. It was the first co-educational public high school in Morristown. The architecture is late Victorian.

Downtown Morristown is better kept than many of the small towns I’ve visited. Unfortunately, there are still a number of empty spaces. Although, I did notice that none of those had “available” signs. So possibly they will be filled with new and exciting places to visit soon.

Be sure to visit Tourist in your Town and watch for a new episode where I talk about my visit to the brewery.